Minus the first six years of my life, I’ve always lived in a small rural town.

Yes, that’s singular “town” – as in, I’ve lived in the same small rural town for the last 31 years.

Most of my close friends packed up and moved away right after high school.

While I initially had big plans for college in the (smallish) city, I ended up choosing a different path – maybe the path more familiar.

I’m the one who stayed, and I can say that at this point, I don’t regret it at all.

Sure, I’ve wondered what might have been had I went to that other school; had my husband gotten that job out-of-state; had we gotten the distance from our small town that we thought we craved for a time.

But leaving wasn’t meant to be.

So in some ways, this post will be biased, as most of my experience is through the lens of exclusive rural living.

It actually takes some imagination to consider what any other life might entail, in fact.

If you came here asking, Where should I raise my family?, I can’t tell you definitively that rural life is the one for you and your kids.

I won’t convince you that country life is better than city life- you’ll have to decide that for yourself.

But whether you’re thinking about moving to the country or just curious about how the other half lives, I’ll do my best to describe the advantages of growing up in the countryside.

Here’s what you should know about raising a family in a rural area- and a few disadvantages, too (if you can call them that).

While I don’t have much else to compare it to, I know that just being removed from the city or even the suburbs can make room for simplicity.

There’s little debate where to eat on a Saturday night. It’s either the place you ate last time, or the other place.

This could be a negative, but it’s definitely helped hone my cooking skills.

(And with four kids, family dinners at home are more appealing anyhow.)

You don’t spend hours debating how to spend your time or your money when the options are limited.

It’s also simple in the ways we choose to entertain ourselves. Hayrides and bonfires are still totally a thing in rural America, and we never turn one down.

A slip-and-slide substitutes easily for waterparks.

And my kids’ favorite activity when the weather is nice? Fishing in the creek near our house.

(Rural kids aren’t so easily entertained as in the days before electronics – but they can be persuaded.)

Fourth of July is a big deal, and there is a festival or parade for about anything we deem worth celebrating.

There’s hardly any traffic in small towns, and if there is it’s probably related to a parade (see above).

Small towns are known for having many generations in the same zip code.

In fact, that is often the main reason many of us stay in our hometowns, to be near our families.

There is something special about raising your kids in the country with their grandparents, great-grandparents, aunts, uncles and cousins nearby.

Having a variety of trustworthy babysitters also has its perks.

I’ve known many classmates and friends who have moved back after several years away, to be near family again and ensure their kids have a bond with their grandparents.

Somehow, it seems like it’s how families should be, or at least, how they most often were, pre-industrial revolution.

Men built businesses meant to pass down to their family. Generations worked under the same roof (or sun).

Read next: What we learned our first year homeschooling

My grandparents had a successful dairy farm passed down to them from the previous generation, and my best childhood memories were made there with my cousins each summer.

Grandpa always had a stick of Juicy Fruit gum waiting for each of us, and time seemed to stand still when we were all together, fighting like siblings while exploring creeks and fields.

I’m fortunate enough to still have grandparents nearby (just down the road, in fact) to remind us of what life was like before modern conveniences; what we’ve gained, and what we’ve lost.

Sure, some might find it frustrating to have to explain their family lineage every time they go to the grocery store.

“You’re such-and-such’s daughter, right?” It’s like narrating the book of Leviticus in every checkout line.

But it’s intrinsic to small-town living, and you get used to it.

In my opinion, it pays to have people in your life of all different ages, but especially those who watched you grow and care about you the most.

They provide a link to the past and wisdom you can take into the future (if you’re willing to).

As cliché as it sounds, there’s always someone you can rely on, if you live in a small town.

But living far from any major cities can force you to be a more resourceful, self-reliant type of family.

Instead of running to the local grocery (15 minutes away if you don’t get behind any tractors), you learn to make do with what you have and improvise when necessary.

Biscuits are best made from scratch anyhow.

And if you don’t have your own chickens, you might have neighbors on all sides willing to sell you a dozen eggs any day of the week.

Besides learning to cook, I’ve enjoyed honing skills like small-scale gardening and developing a waste-not-want-not philosophy.

It’s a joy to teach my kids where their food comes from, how to make things last longer and how to be good stewards of the resources God has given us.

We’re not real farmers ourselves, but we certainly benefit from the farming-community lifestyle that surrounds us.

Being connected to the land and the people who tend to it gives you an incredible appreciation for your neighbors, and the beauty of Creation.

Now before you go making assumptions, please know this: if you move to a rural town, understand that like you, we have access to quality education, “culture” and even the internet.

Just because we talk with a drawl doesn’t mean we are less civilized or discerning about what’s going on in the world. And we don’t like to be treated as such.

Stereotypes can follow you no matter where you live, of course.

But this is one of the biggest myths I’ve seen in the media and elsewhere when it comes to rural America.

In reality, rural dwellers are as smart and resourceful as anyone living in any other part of the country.

It’s a necessity for this way of life.

And if you stick around long enough, you might find what I’ve found to be true: people are pretty much people, wherever you go.

So for the love of Pete, realize that we’ll embrace your peculiar quirks if you promise to do the same for us.

5| The quaint factor is real

It’s true that rural life isn’t perfect. It can be ordinary and isolating at times.

Sure, I daydream about having a Target within 70 miles.

Local grocery pickup would be simply ah-mazing (edit: this just became reality in 2021. Miracles do happen!).

But there’s a reason why we all love those corny Hallmark movies at Christmastime.

You know, the ones with a universal plot line: City girl returns to her one-horse hometown and reunites with small-town boy where she suddenly realizes everything she really needs has always been there.

Because for all the conveniences and excitement another place might offer, rural life really can provide everything you need. (Well, that and Amazon.)

You might not have everything you want immediately (thank goodness), but the things that really matter- they can all be found, reinforced or cultivated right here in the middle of nowhere.

Family, community, a commitment to God (foremost) and country — and yes, that “fresh air” that not only clears your lungs, but somehow your soul.

That’s exactly what it feels like every time I return from a trip: breathing again.

Not only can you literally breathe better from the unpolluted air, it’s a place you can let down pretenses.

Everyone knows you anyhow – there’s no need trying to be anything else.

Many roads, many travelers

For me, it meant staying rural and choosing to raise my kids rural.

It isn’t for everyone, and in many ways it often feels countercultural.

But one of the blessings of working hard and raising your family in America is that you can decide what you want that life to look like.

You can anticipate the excitement of cross-country moves and exploring new cities or suburbs and new sights.

You can go wherever your wanderlust or ambition might beckon.

Or, you can remain where life is more familiar and perhaps more predictable.

And you can have new adventures in the same familiar places – through the eyes of your kids.

One choice isn’t better or more noble than the other.

God won’t give us identical callings and he won’t always let us dwell in the familiar either.

(Who knows, we may not even stay forever.)

As long as my calling is defined, though, I’ll soak in the beauty of this idyllic landscape and appreciate the quiet simplicity that comes with living in the country.

I’ll always be grateful for the chance to raise my kids in a way that often resembles a piece of America’s foregone dream.

And maybe, if I don’t take it for granted, I’ll even pass along a fondness of this Hallmark-movie life to the next generation.

• What it’s really like to have a large (ish) family

• How to avoid overindulgent parenting 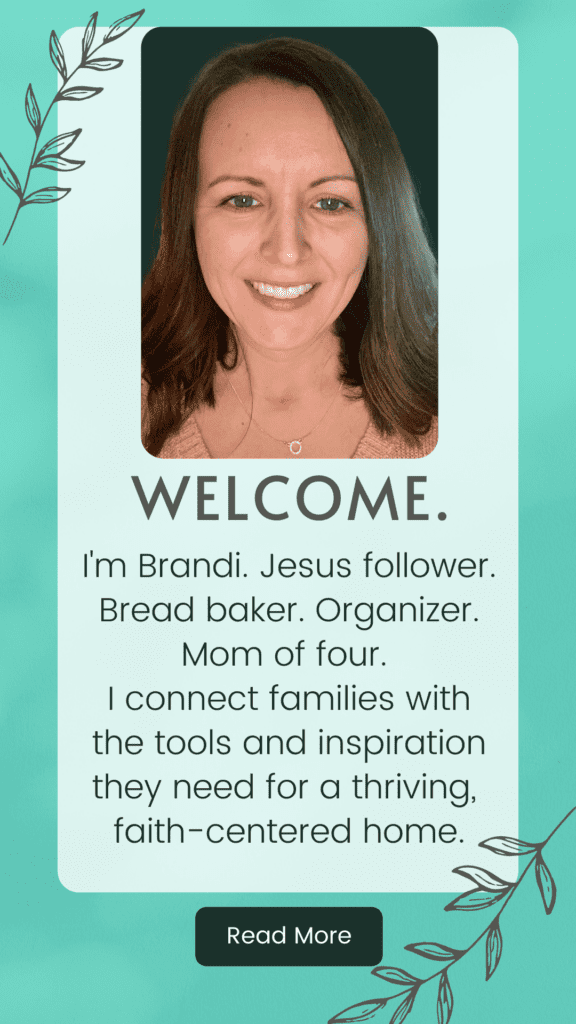 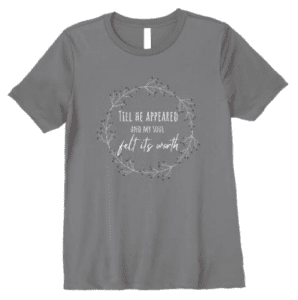 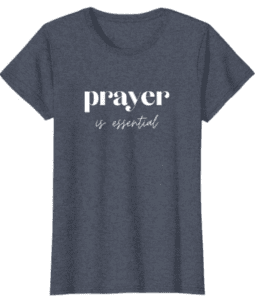