Thank you to Julie at The Ambitious Mommy for providing this guest post on how to raise happy kids!

As parents, we all want the best for our kids.  We want them to be successful without having to face the same challenges and hardships that we have in life.

Over the past year, I’ve spent quite a bit of time thinking about what I do and don’t want for my boys.

But how do you raise your kids to be happy and motivated?

Aren’t all kids different with some having a tendency to be happy while others aren’t?  Aren’t there some kids who are motivated go-getters while others just aren’t?

A couple years ago, I would have said yes.

However, as I started thinking about what I want for my kids, I thought to myself, “I don’t want to leave something this important up to chance.  I don’t want to cross my fingers that my boys grow up to be happy and successful.”

Raising Kids Who Are Happy- And Motivated to Do Their Best

Whatever it took, I wanted to do all I could to help them develop the qualities I’d written down.

With that in mind, I started doing a lot of reading into what you can do to motivate your kids.

I read Stephen Covey’s “Leader in Me“, and Zig Ziglar’s “Raising Positive Kids in a Negative World“.  As I read those books, I realized I really could raise my kids to be as happy and motivated as I wanted them to be.

With this goal in mind, I’ve made quite a few changes to the way I parent my kids.

Here are 6 things I do every day to help my kids be happy and motivated.

If you want your kids to be happy, you have to be happy! Kids learn by example.

They watch you closer than you think and, especially when they’re younger, try to copy exactly what you do.

Whatever attitude you have, they will learn to replicate it. If you’re unhappy, you’ll have unhappy kids.  If you’re preoccupied and stressed, your kids will be as well.

It’s not enough to just say you’re happy, you have to actively work to show it.

This means when you talk to your kids or interact with them, smile!  Be genuinely interested and engaged in your conversations with them.

Another thing I do frequently is voice my appreciation to my kids that they’re happy.  Something like, “It’s so nice to have happy kids, I really appreciate your positive attitude!”

Read Next:  The How-To’s of Intentional Parenting

2) Help them to Appreciate the Things They Have

One of the best ways to help your kids be happy is to teach them to appreciate what they have.

You can’t be thankful and appreciative at the same time as you’re angry or pouting.

Hundreds of guides on building a better life recommend you start your day with gratitude.

As you wake up, think of all the things you appreciate. Thank the Lord for them out loud.

We added this to our morning routine so every morning, each of my boys tells me at least five things they appreciate.

At first, they struggled to list just five. Now the older ones will list up to twenty things some mornings!

Read Next:  A Positive Approach to Teaching Respectful Behavior

A lot of parents, including me, notice each time their kids make a mistake, but they don’t always notice when their kids do something right.

The problem with this is kids react ten times better to praise than they do to being told they did something wrong.

I’ve noticed with my own kids I can get after them over and over for making the same mistake.  Each time, they look down and pout before moving to correct it. The next day, they do it again.

On the other hand, if they do something well and I praise them for it, their face lights up with pride.

They also look for opportunities to do that same thing right again so they can receive that praise again.

4) Teach them to Appreciate Criticism

While it’s always best to praise an accomplishment than to criticize a mistake, kids do need to learn how to react when they receive criticism.

They need to be able to learn from their mistakes.

Most people (children and adults) can’t handle criticism. When they’re criticized, it either lowers their self-esteem or it just makes them angry.  Either way, they would have been much better off not having received the criticism in the first place.

The problem with that is, if it’s handled properly, criticism can be your greatest tool to becoming better in any area of life.

If you can take criticism from another person and analyze it to see how you could have done differently to have a better outcome, it’ll help you to avoid making the same mistakes over and over again.

How Do You Teach a Child to Appreciate Criticism?

I struggled with this for awhile when I first tried to teach it to my kids.

I wanted to help them understand that criticism is an opportunity to learn to be better, but I myself took more than 20 years to recognize that!

Before I learned to see it as an opportunity to grow better, it devastated me every time I was criticized.

Instead of learning from it, all I heard was that I was a failure. It brought me down horribly.

The last thing I wanted to do was make my kids feel the same way.

To help my kids understand that criticism is something to appreciate, I changed the way I pointed out their mistakes.

Since I started doing this, the response my kids have when I point out their mistakes has been amazing.

My four year old will come to me and give me a hug and say, “I’m sorry mom, I’ll do better next time” and he really does.

Read Next:  Common Discipline Hang-Ups and How to Overcome Them

Instead of pouting and feeling bad when their mistakes are pointed out, the older ones aren’t even phased.  They look for what they could have done differently before I even tell them.

The younger ones are still learning, but it gets better every day!

5) Encourage them to Work Together & Put Their Siblings First

One thing motivated people have in common is they work really well with the people around them.

The best way to teach your kids to get along with others is to help them work together with their own brothers and sisters.

One of the challenges with that is, in today’s movies and media, sibling relationships are portrayed as constant fighting and bickering.

Pick just about any movie or T.V. show with kids and you’ll notice that during 95% of the movie brothers and sisters are fighting. They can barely stand each other!

Yes, it all works out in the end. In the last five minutes of the show, the brothers/sisters show their love for one another and everything is just great.  In reality, that isn’t how relationships work.

When you’re constantly fighting with someone, it does nothing at all to build a strong bond with them.

In everything we do in our home, I’m always looking for opportunities to help my boys work together.

I try to help them notice when their brothers need something.

There’s rarely a day that goes by that I don’t say the following to one or all of my boys, “Isn’t it so awesome to have brothers? What would you guys do without each other?”

We do a lot of the cleaning at home together as a family and, as we do, I ask my boys, “Can you imagine having to do this by yourself? You’re so lucky you have each other to work with!”

When one of my boys does something to help their brother, I’m quick to praise him and tell him how much I appreciate him taking care of his brother.  I turn to the one who received the help and say something that’ll help him recognize and appreciate the help his brother has given him.

On the opposite side, if my boys are fighting or arguing with each other I’m quick to jump in and say, “That is not how we treat our brothers, we take care of them and watch out for them.”

Every single day, I’m reinforcing their relationship with each other and stressing the importance of being able to work together.

6) Build Them Up & Encourage them As they Face Challenges

As different challenges come up for your kids, always build them up and encourage them.

Maybe they’re struggling in school and have certain concepts they just can’t grasp.  My oldest son has faced this quite a few times in school.  After two years, I realized he had no confidence in his ability to learn new concepts on his own.

Each night as we sat down to do his homework he’d look at me and say, “I don’t know how to do that, what’s the answer?” He refused to even try.

At first, I’d tell him the answer and we’d move on. The next night, he needed the answer again.  He wasn’t learning the material at all.

Recognizing this, I started telling him I wasn’t going to give him the answer.

I knew he was smart and had every confidence in him that he could figure it out.

Instead of the answer, I’d give him little hints and help him to use problem-solving techniques.

Some nights, I’d work with him for hours on one concept.  When he finally grasped it, I’d tell him how proud I was that he figured it out and that I knew he could do it!

Gradually, his confidence in himself started to grow. He started putting a lot more effort into his work.

This last school year, he finished top of his class and was even picked by his teacher as the student of the year.  He was so proud of himself and I made sure to let him know I was too!

No matter how small a challenge might seem, always encourage your kids that they can get through it.  Tell them they’re smart enough to figure out how to solve problems without being told the answer.

When they believe they can, they’ll find a way to do it.

Approaching parenting with this goal in mind has made an incredible difference in my home.  In each of my kids, I’ve seen huge changes that I didn’t think was possible.

My oldest son who used to have a HUGE problem with pouting is now the happiest kid you’ll ever meet.

My second son and my oldest take on new challenges with excitement instead of giving up before they’ve even tried.

The two middle boys used to have a huge problem getting along.  One, or both, was always hitting or fighting with someone. Now, it’s very rare for either of them to ever get into an argument.

They watch out for each other and are genuinely happy to jump in and offer their help when it’s needed.  We’re still learning every day, but things are always getting better!

Julie is a happy mom of four boys who is always striving to make the most out of life. As a mother of four boys, she’s had unique learning opportunities in raising kids, living on a budget, pre/postpartum care, and so much more. She started her blog The Ambitious Mommy hoping to share her experiences with other moms and to create a platform that would allow her to help all moms reach their goals and ambitions!

• What success really means: four questions we should be asking our kids

• How to get kids to listen – without yelling

• Sibling Rivalry: How to encourage better relationships in your home 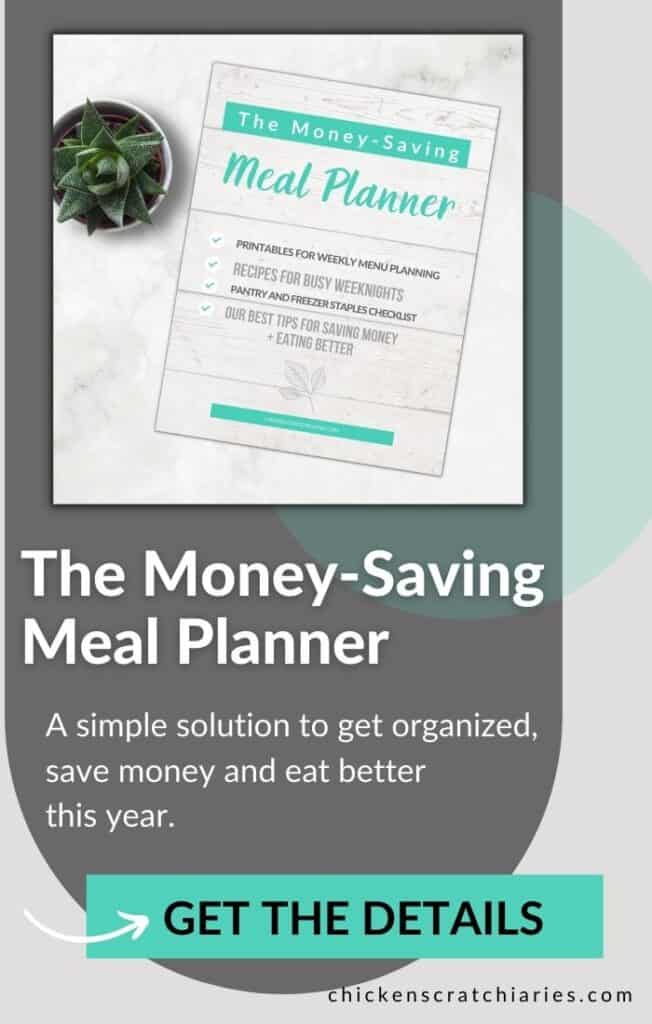